There are a lot of great client and server mods out for Minecraft 1.1 SMP (survival multiplayer).  The problem is that the SMP server space is very fragmented and many mods aren’t compatible with eachother.

I have been looking to put together an easy way for people to connect to the same advanced Minecraft server.  Spout is promising, but doesn’t allow for very many single player mods.  Bukkit is a great server mod that allows for a lot of functionality, but at the price of always lagging behind the mainstream modding community.

To solve this for our little Minecraft community, I have packed up Glixyl’s Minecraft 1.1 auto installer for your download.  You need to have a unmodified or fresh install of Minecraft 1.1 before you run this auto-installer (choose ‘force update’ from the launcher options).  Please backup your .minecraft directory just to be safe, but I verified a clean install and uninstall via ‘force update’ on 4 different computers and 3 different OS.. no worries :).  I have also made this so that it won’t overwrite your saves, textures or achievements.  I am also not distributing the actual mods, but merging with your existing vanilla minecraft.jar and client directory structure. 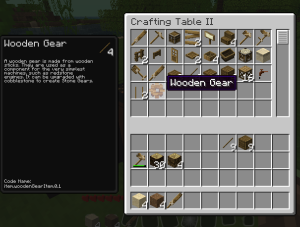 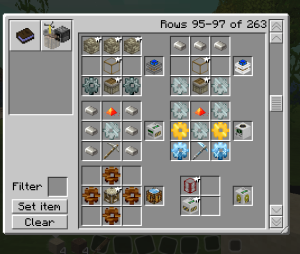 INSTALLATION> Start with a clean minecraft install and remember to backup your existing install just to be safe.  The minecraft install can be found in %appdata% on your computer if you want to find the directories.  Unzip the ‘GLIXYL SSP SMP AUTO INSTALLER.zip’ anywhere.  Run the installer named ‘Glixyl Installer.jar’.  If you mess up or are worried that your minecraft will be broken– don’t be, you can force an update of your Minecraft client by selecting ‘options’ -> ‘force update’ and/or deleting the %appdata%/Roaming/.minecraft directory and replacing with your backup.  For instance, on my Windows 7 box this is located at “c:\Users\Glixyl\AppData\Roaming\.minecraft” — update 2/25/2012 – I have been able to install/uninstall with no problem on 4 different computers ranging from MacOS, XP and Win7 using the ‘force update’ to uninstall, then reinstall the mod/etc..

CraftGuide / QuickGuide – hit ‘G’ while in game to see all recipes possible (don’t need to create the craftingguide book.

CraftTable II – This advanced crafting table can create any item in your recipe list if you have the contents in your inventory > http://www.minecraftforum.net/topic/856538-11-crafting-table-ii-v162-310112/

BuildCraft – Advanced building, mining, farming and structures including pipes and motors of all types > http://www.wiki-buildcraft.net/index.php/Main_Page

IndustrialCraft II – Uranium, Rubber, Tin, Copper, Lasers, Nanosuits and tons of other cool technologies including ability to LOCK YOUR CHEST. >

PowerConverters – A bridge between the Buildcraft and IndustrialCraft mods > http://www.minecraftforum.net/topic/119361-110-tehkrushs-mods-all-mods-updated-and-plasticcraft-smp/

Optifine – FPS improvements and graphics enhancements.  You don’t need to use MC Patcher to have HD textures