UPDATE- these ruins generate on Earth and Varda within single-player or on the glixyl.org server available within multiplayer.  Entropy is the only mod pack that generates Aliens vs Predator ruins and is the only way to get AvP blocks without cheating!

We have been experimenting with generating Aliens vs Predator ruins, using the blocks from the mod; which are not craft-able in game.  The good news is that we are now getting results and here are some images of alien, predator and marine ruins naturally generating during exploration.  There are some tricks, traps and monsters to deal with; but a treasure lies within each most ruins added.  Slime, which is difficult to come by, now spawns within protected ruins on the planet Varda (LV-223).  I think the best part of these additions is that you can get these cool blocks that are more advanced and less prone to block physics, allowing for the complex construction shown in these images.  New ruins coming in next version after testing is completed and we get a few more ruins made.  (by the way, Dev_ill and I are no artists- so if you are interested in creating templates for possible inclusion in Entropy, post a comment below or contact @glixyl on Twitter.) 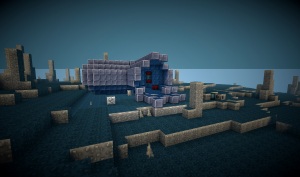 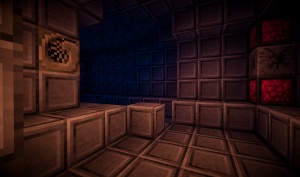